AllThingsD.com is a Web site devoted to news,

analysis and opinion on technology, the Internet and media.

But it is different from other sites in this space.

It is a fusion of different media styles, different topics, 
This month Time magazine introduces us 100


most influencial people around the planet.


I have made a quick review of them and wrote a short notes.


Those I choose are the ones that I am familiar with or interested in.


Maybe you guys have your own favorite celebrity list.


You can check out Time 100 websites to choose the hero in your mind.


One of the hardest things for actors to do is play someone who's mentally challenged.


He holds the screen, like a great silent actor.


I feel lucky to count as a collaborator.

Listen to his music, though, and you'll discover that Mayer wields sincerity like a pitchfork.


Wonderland and Daughters from pop ballads into more meaningful territory;


give them half a chance, and during vulnerable moments, they'll be your friends for life.


but also an infallible chic-tracking system.


Beauty is not really truth. But in Moss's case, it's very, very persuasive.

When a man looks like Brad Pitt, we tend to underestimate him.


We ask him to make a blockbuster a year. Date a beautiful woman.


Have a cute baby. And we're happy.

Condoleezza Rice knows who she is and remembers where she came from.


As a child, Condi experienced personally what it is like when citizens are denied equal rights


because of the color of their skin.

But chances are that after being consigned to the shadows for the past 50 years,


Raúl yearns to be remembered for his own historic contributions.

Hu's vision has been to build a "harmonious society." He aims to overcome the great


be one of the most honorable people in or out of office.


person might face. She is an icon to people all over the world because of her commitment


to help those who have faced similar obstacles.


Oprah understands that in Africa, women and girls have often been doubly disadvantaged.


They have had the curse of low expectations and unequal opportunities.


can do to make a difference in the lives of others.

His generosity will make a huge difference in the lives of people around the world,


and his example will be talked about for decades.


That's Warren. He's never afraid to admit what he doesn't know, and he loves to learn.


hearts but also shows our humanity—which others want to forget—and in doing so, becomes family."

At 8, barely off the boat from Shanghai, I found my way to the American Dream,


courtesy of my love for Jackie Robinson, the first African American to play major league baseball.

Al Gore understands the science of global warming better than anyone else in the world of politics.

Shy in personality but dashing in vision, Allen shows how a thoughtful billionaire


can make the world not just a better place but also a far more interesting one.


adventure he may undertake next.

By making video gaming accessible and fun for people like my grandma, Shigeru Miyamoto,


54, head of the Wii design team, has opened the world I live in every day to


people who never even wanted to visit it before.

Jobs is still Jobs. He still projects a manic self-confidence in public. He still, at 54,


wears his signature jeans-and-black-turtleneck outfit. And he still has his edge: prosperity


hasn't robbed him of his disrespect for conventional wisdom, his spooky ability to see around


corners, and his feral determination to make perfect products at all costs. All in all, success becomes him.


India and Israel. This is a big departure for the venture-capital industry and


Apple, Cisco, Oracle, Yahoo! and Google. Mike is as global as the firms he has helped launch. （Building a Culture of Peace For the Children of the World） 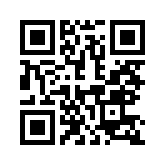